If I told you the title of this painting is “Hitting The Wall”, you might suspect that a careless moped ride in Bermuda landed me at Coral Beach… but you would be wrong. I actually started this painting in February of 2020 and hit the proverbial Wall a few weeks into it. I returned to it several times and could not find the confidence or the skill to advance it. After ten months, I went back to it and whatever was so daunting in the previous months was just gone. I actually became obsessed with working on it. The contrast of the light and shadow and the animation of the palm fronds just seemed to capture Bermuda’s essence and the bricks led me right in. 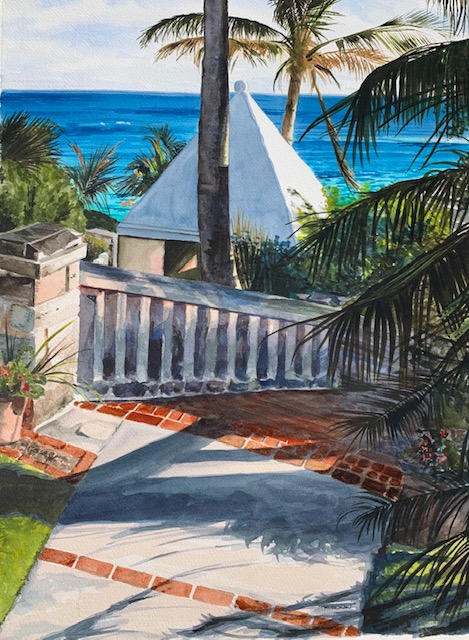